What is a Foreign-Trade Zone? 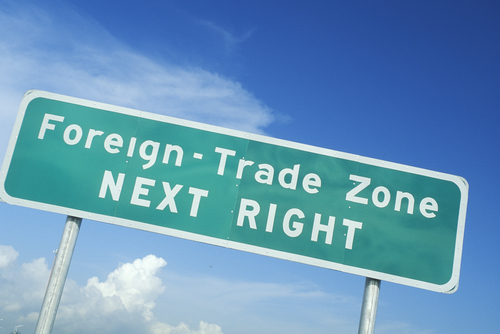 Anyone who has been involved with importing and exporting products in the United States, knows that the process can be complicated and expensive. There are many laws and regulations to be examined, not to mention the duties and taxes involved during the process. At Eduardo A. Arecco, CHB, we understand the process and how we can best help you to navigate the importing/exporting process.

The U.S. Customs and Border Protection Department supervises specific areas known as Foreign-Trade Zones.  This is generally an area close to a CBP port of entry that allows for foreign and domestic merchandise to be moved into the area without paying the duties. As the area is commonly known as a free-trade zone, the U.S. Customs and Border Protection (CBP) does not have jurisdiction. This means that the duties and taxes owed on the products are not due until the merchandise enters the jurisdiction of the CBP when it is moved for consumption.

While these areas are supervised by the CBP, there are not official on-site agents overseeing every activity. The CBP’s oversight of foreign-trade zones is limited to an audit-inspections basis. This is known as a compliance review, where the CBP agents will audit and spot check the merchandise and procedures.

There are also Foreign-Trade Sub-zones, which receive approval through the Foreign-Trade Zones Board. These are used by a specific company and enjoy all of the benefits that a foreign-trade zone company will enjoy. The difference is that it will be located outside of the normal 60 miles of a port of entry.